The contemporary stereotypes about Brahmins and the story about Brahminism … originate in Christian theology. … When European missionaries and merchants began to travel to India in great numbers, they held two certainties that came from Christian theology: false religion would exist in India; and false religion revolved around evil priests who had fabricated all kinds of laws, doctrines and rites in order to bully the innocent believers into submission. In this way, the priests of the devil abused religion for worldly goals. – Prof. Dr Jakob De Roover

Social science debate in India has been hijacked by the struggle between secularism and Hindutva for decades now. Usually the Sangh Parivar is blamed for this turn of events. However, it could well be argued that the Hindutva ideologues simply adopted the stance of the secularists.  Perhaps the best illustration is the case of anti-Brahminism.

To be against “Brahminism” is part and parcel of the political correctness of progressive scholars in twenty-first-century India, much like being against Muslims is part of the message of their Hindutva colleagues. This indicates that something is very wrong with the Indian academic debate. Promotion of animosity towards a religious tradition or its followers is not acceptable today, but it becomes truly perverse when the intelligentsia endorses it.

In Europe, it took horrendous events to put an end to the propaganda of anti-Semitism, which had penetrated the media and intelligentsia. It required decades of incessant campaigning before anti-Semitism was relegated to the realm of intellectual and political bankruptcy. In India, anti-Brahminism is still the proud slogan of many political parties and the credential of the radical intellectual.

Some may find this parallel between anti-Brahminism and anti-Semitism ill-advised. Nevertheless, it has strong grounds.

First, there are striking similarities between the stereotypes about Brahmins in India and those about Jews in the West. Jews have been described as devious connivers, who would do anything for personal gain. They were said to be secretive and untrustworthy, manipulating politics and the economy. In India, Brahmins are all too often characterised in the same way.

Second, the stereotypes about the Jews were part of a larger story about a historical conspiracy in which they had supposedly exploited European societies. To this day, the stories about a Jewish conspiracy against humanity prevail. The anti-Brahminical stories sound much the same, but have the Brahmins plotting against the oppressed classes in Indian society.

In both cases, historians have claimed to produce “evidence” that cannot be considered so by any standard. Typical of the ideologues of anti-Brahminism is the addition of ad hoc ploys whenever their stories are challenged by facts. When it is pointed out that the Brahmins have not been all that powerful in most parts of the country, or that they were poor in many regions, one reverts to the image of the Brahmin manipulating kings and politicians behind the scene. We cannot find empirical evidence, it is said, because of the secretive way in which Brahminism works.

Third, both in anti-Semitic Europe and anti-Brahminical India, this goes together with the interpretation of contemporary events in terms of these stories. One does not really analyse social tragedies and injustices, but approaches them as confirmations of the ideological stories. All that goes wrong in society is blamed on the minority in question. Violence against Muslims? It must be the “Brahmins” of the Sangh Parivar. Opposition against Christian missionaries and the approval of anti-conversion laws? “Ah, the Brahmins fear that Christianity will empower the lower castes.” Members of a scheduled caste are killed? “The Brahmin wants to show the Dalit his true place in the caste hierarchy.” An OBC member loses his job; a lower caste girl is raped? “The upper castes must be behind it.” So the story goes.

This leads to a fourth parallel: in both cases, resentment against the minority in question is systematically created and reinforced among the majority. The Jews were accused of sucking all riches out of European societies. In the decades before the second World War, more and more people began to believe that it was time “to take back what was rightfully theirs.” In India also, movements have come into being that want to set right “the historical injustices of Brahminical oppression.” Some have even begun to call upon their followers to “exterminate the Brahmins.”

In Europe, state policies were implemented that expressed the discrimination against Jews. For a very long time, they could not hold certain jobs and participate in many social and economic activities. In India, one seems to be going this way with policies that claim to correct “the historical exploitation by the upper castes.” It is becoming increasingly difficult for Brahmins to get access to certain jobs. In both cases, these policies have been justified in terms of a flawed ideological story that passes for social science.

The fifth parallel is that both anti-Semitism and anti-Brahminism have deep roots in Christian theology. In the case of Judaism, its continuing vitality as a tradition was a threat to Christianity’s claim to be the fulfilment of the Jewish prophecies about the Messiah. The refusal of Jews to join the religion of Christ (the true Messiah, according to Christians) was seen as an unacceptable denial of the truth of Christianity. Saint Augustine even wrote that the Jews had to continue to exist, but only to show that Christians had not fabricated the prophesies about Christ and to confirm that some would not follow Christ and be damned for it. 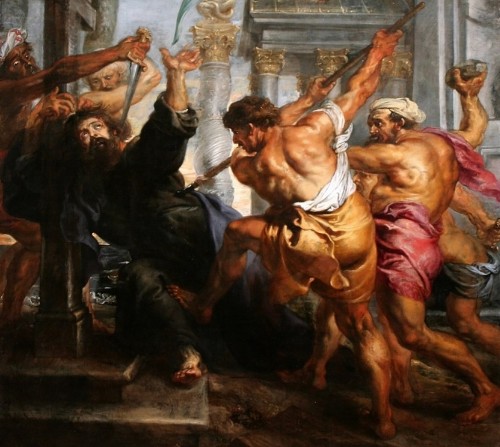 The sixth parallel lies in the fact that Christian theology penetrated and shaped the “secular” discourse about Judaism and Brahminism. The theological criticism became part of common sense and was reproduced as scientific truth. In India, this continues unto this day. Social scientists still talk about “Brahminism” as the worst thing that ever happened to humanity.

Perhaps the most tragic similarity is that some members of the minority community have internalised these stories about themselves. Some Jews began to believe that they were to blame for what happened during the Holocaust; many educated Brahmins now feel that they are guilty of historical atrocities against other groups. In some cases, this has led to a kind of identity crisis in which they vilify “Brahminism” in English-language academic debate, but continue their traditions. In other cases, the desire to “defend” these same traditions has inspired Brahmins to aggressively support Hindutva.

In twentieth-century Europe, we have seen how dangerous anti-Semitism was and what consequences it could have in society. Tragically, unimaginable suffering was needed before it was relegated to the realm of unacceptable positions. In India, anti-Brahminism was adopted from Protestant missionaries by colonial scholars who then passed it on to the secularists and Dalit intellectuals. They created the climate which allowed the Sangh Parivar to continue hijacking the social sciences for petty political purposes.

The question that India has to raise in the twenty-first century is this: Do we need bloodshed, before we will realise that the reproduction of anti-Brahminism is as harmful as anti-Muslim propaganda? What is needed to realise that the Hindutva movement has simply taken its cue from the secularists? – Outlook, 20 June 2008

› Prof Dr Jakob De Roover is a postdoctoral fellow at the Department of Comparative Sciences of Culture, Ghent University, Belgium. 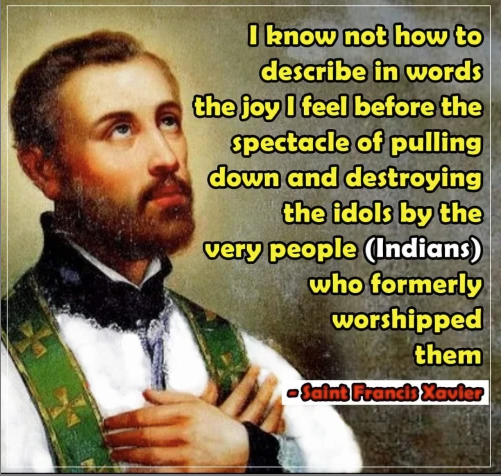 In a letter to the Jesuits in Rome, Xavier wrote: “There are in these parts among the Pagans a class of men called Brahmins. They are as perverse and wicked a set as can anywhere be found, and to whom applies the Psalm which says: ‘From an unholy race, and wicked and crafty men, deliver me, Lord.’ If it were not for the Brahmins, we should have all the heathens embracing our faith.”